The 5 Best Snatch Blocks for Winching of 2023

Snatch blocks are pulleys encased in durable metal that can dramatically increase the weight limit of a winch and are used to change the angle at which something is being lifted or anchored.

We love snatch blocks! On this page, we’re reviewing the best ones on the market this year. Let’s get into it! 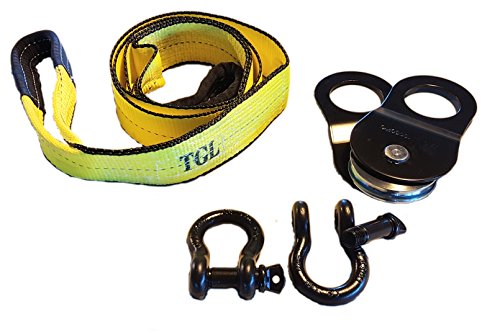 The TGL snatch block is a heavy duty piece of equipment which comes with several parts that can be used in a variety of situations, including 2 rust-resistant D rings for maximum stability. The block nearly doubles a winch’s weight capacity and can be used for weights as high as 10 tons. The D rings have a weight limit of a little under 5 tons.

The snatch block has a couple of special features that make it a useful tool, such as an attached grease zerk that makes the cable operate more smoothly and last longer. It’s also quite spacious, providing enough room to fit a 9mm cable that can be very easily removed or fastened. 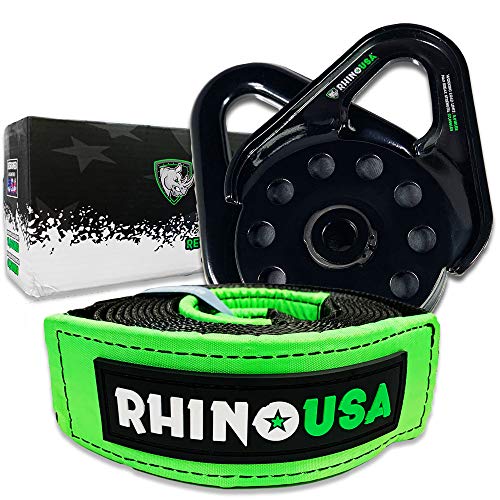 Coming with a lifetime warranty, this snatch block is a compact, 2-piece device that can handle weights up to 13.5 tons. It’s compatible with cables as thick as ⅜ of an inch, either made of synthetic rope or steel cabling.

The overall design is quite sturdy, consisting of self-lubricating polymers and forged steel. It also has pressed plates that when placed under pressure create a significant hold over the attached cable, leading to a good deal of control. 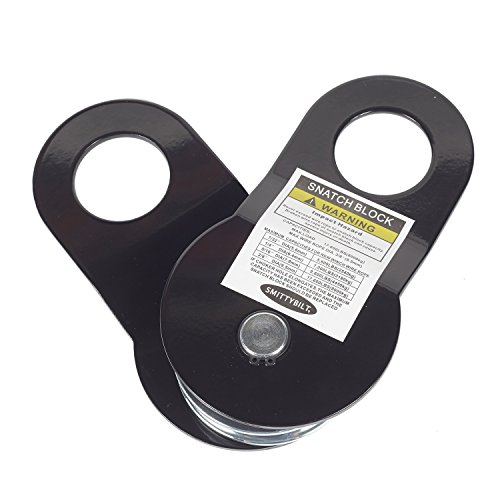 With a weight limit of up to 8.8 tons, this snatch block is specially designed to assist in pulling objects at difficult angles. It has a black powder coating that helps in maintaining long-term durability and reducing the presence of rust.

Inserting a cable into the device is relatively easy, which can fit cables ranging from 7/32 to 3/8 inches in size, and there’s a greasing mechanism attached that reduces the strain on any accompanying cable. The snatch weighs about 6 lbs. and dramatically improves the weight capacity of any winch device. 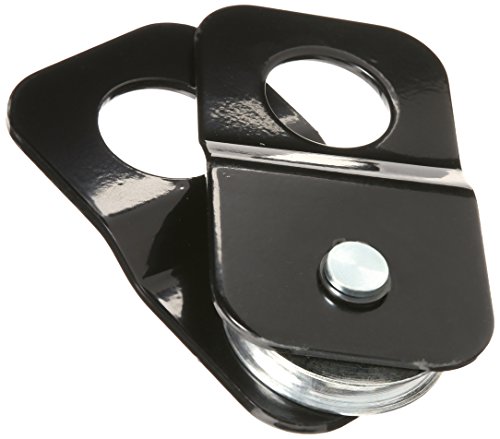 This extremely lightweight (2 lbs.) snatch block consists of 2 thin sections of 3/16” thick steel pieces. The entire thing is coated in dark grey coating to prevent rusting or similar damage to the device.

It can significantly boost the weight limit of everyday winches. It’s able to turn 8000 lbs. of pulling power into 16,000; a two-fold increase in lifting capacity.

Its smaller size makes it a more appropriate option to use with smaller vehicles, such as ATVs, rather than larger ones like trucks. It comes with a 1 ½” center hole for hook insertion and is compatible with a variety of cable widths, including ¼” and ⅜”. 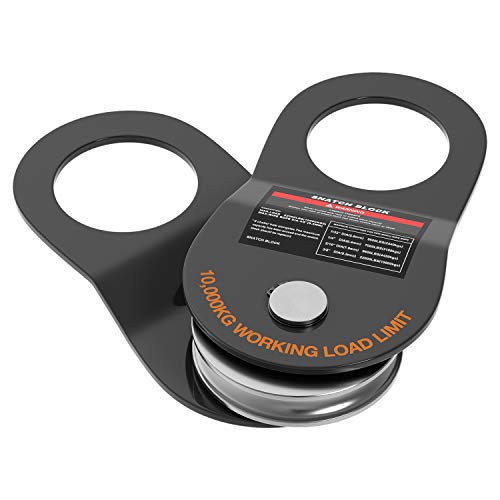 This snatch block maxes out towing capabilities, with the ability to increase a winch’s towing capacity to 22,000 lbs. It’s coated in black powder coated carbon steel for maximum longevity and strength.

Consisting of two attached pieces, this snatch block is compatible with both smaller and larger vehicles. It’s roughly 8mm thick, comes with a grease fitting mechanism, and can easily be connected to either a metal cable or synthetic rope.

In terms of cable diameters that are usable with it, the snatch block is compatible with lines ranging from 5/16” to ½” thick.

Any good snatch block is going to have a couple of key features. These include a strong and durable frame, a high weight limit, a high degree of flexibility, good safety features, and coming in multiple pieces. Some additional, but not necessary, positive characteristics include the presence of a greasing mechanism and side plating.

There were a couple real contenders, but in the end we decided to go with the TGL Snatch Block as our top pick.

The reasons were simple. Firstly, it offers a great deal of value; not just in terms of the amount of stuff you receive with your purchase, but also due to how durable it is. You’re guaranteed to get a great many uses out of your snatch block. It’s also quite stable due to it consisting of two interlocking parts and has a very high weight limit of 10 tons.

Additionally, the range of cable widths compatible with the device is much larger than other snatch blocks and it’s very good at hauling a variety of heavy objects, such as debris, trees, and vehicles.

The only real potential downsides with the TGL is that it might have some compatibility issues with an attached winch cable. The built-in greasing zerk could be a little bit better since it’s not as great at lubricating winch cables as some other products.

Overall though, the TGL is a really good deal that will likely last you a long time due to the many features that make it flexible in numerous situations and solid design that discourage wear and tear or outright breakage.

Winches come in many different forms and primarily consist of rope or metal, usually in the form of chain or cabling. Due to their multipurpose nature, winches can be designed to operate under different conditions and exist in many different shapes.

Typically, winches are attached to large vehicles, such as trucks or jeeps, and are used to haul large objects, usually other vehicles, out of places where they’re stuck, such as bogs or bodies of water. There are also multiple modes of action that winches can use to operate, these include:

Snatch blocks can be standalone tools that are rigged to objects to get them moved, although it’s incredibly common, and preferred, to use them in conjunction with a winch. Snatch blocks reinforce the strength of pulling cables, which tend to snap or become damaged under pressure, and allow winches to operate from multiple angles that would otherwise be impossible.

In terms of which snatch block would be the best option to go with, there are a couple things to keep in mind first.

Winches can be precarious on their own, but snatch blocks add an additional layer of physics that needs to be taken into account before they can be safely used.

While they do allow for increased pressure to be placed on a winch cable, snatch blocks aren’t invincible. Especially if they’re placed at awkward angles, the pressure could be too great and cause the block to snap, leading to a slingshot effect that damages anything the runaway cable hits.

Make sure everything is properly secured before you start applying pressure and that whatever you plan on hauling is under a realistic weight limit.

What to Look For

There are a couple of features you should look for when searching for a solid snach block: